The follicular phase is the time from day 1 of your period until the day on which you ovulate. On average, this lasts for around 13 or 14 days in women who have 28 day menstrual cycles. So even before your period is phasing out, your body is already preparing to release another egg in around 9 days' time.

But before this can happen, the eggs containing follicles in your ovaries need to be primed and nurtured so they can help support a number of follicles towards maturity. At this early stage, it’s still unclear which follicle will be the “chosen one” or dominant follicle to become the egg of the month. But just so the chances are optimised for a healthy, mature egg to be released, your body will prepare lots of follicles just in case. As your levels of follicle-stimulating hormone decrease, only one follicle will continue towards complete maturity.

By around day 9-10 of your cycle, this follicle will mature into an egg, and the others will just die away and be reabsorbed by your body. During this follicular phase, the lining of your uterus which is called the endometrium, will get thicker and more engorged with blood and fluids. This is so that in the case of a pregnancy occurring, the newly fertilized egg can be well-nourished.

When a baby girl is born, she has around 1 million ovarian follicles. This is all she will ever have and certainly more than she will ever need, throughout her lifetime. Each of these follicles contains a single, immature egg. By the time she reaches puberty, the majority of these will have been reabsorbed by her body. By the time she starts having periods, only around 400 will remain. This lifetime quota of follicles or immature eggs is nature’s way of maximising the number of times conception could potentially occur. This is different to men who can continue to make sperm throughout their lifetime. However, similar to a woman’s eggs, the quality of sperm and chances of conceiving are reduced by advancing age.

During the follicular phase, a specific hormone, known as follicle-stimulating hormone is secreted by your pituitary gland. This tiny, pea sized powerhouse, which is also known as the master gland, is found at the base of your brain. It secretes around 8 hormones which help to regulate a wide range of body systems.

The other important hormones – oestrogen, progesterone and luteinising hormone are all fairly low at this point, but as you get closer to day 10 of your cycle, your oestrogen level will begin to rise. Oestrogen is produced from your ovarian follicles and its role is to feedback information to the pituitary gland to produce luteinizing hormone. The follicular phase ends when the level of luteinizing hormone peaks and the egg is released from the ovary.

Of course, you won’t be aware of all of this messaging going back and forth between your brain and your ovaries. Other than a little relief that your period is over and you don’t need to go there for another month, you’re unlikely to be preoccupied by the intricacies of your hormones. However, if this is the month you are planning to conceive, it would be in your best interest to keep reading. Having some understanding of the science behind conception will help you to maximise your chances of becoming pregnant.

Contrary to public opinion, conception is not a simple process. Many couples who are keen to have a baby, need to invest a little time thinking about when to time having intercourse. This helps in order to coincide a little bedroom activity with the days around when the woman is likely to be ovulating.

Just before ovulation occurs, the follicle which contains the maturing egg pushes itself towards the surface of the ovary. In photos which use high resolution photography to show this process, the follicle looks like a little nodule or cyst and bulges just underneath the outer layer of the ovary. This can cause localised discomfort for some women, who, over years of ovulation each month become very sensitive to their body’s signals that they are about to ovulate.

When’s the best time to conceive?

If you are keen to conceive this month, don’t wait until you have already ovulated to begin trying. By the end of this week you are likely to be coming into your most fertile phase. The window of time for this is around 5 days before actual ovulation and up to a day afterwards. Sperm have a much higher lifespan than the average egg; they are still viable for up to 5 days after they have been ejaculated and they are inside a woman.
Sperm can lie patiently in wait, just biding their time to make their move on an unsuspecting egg. 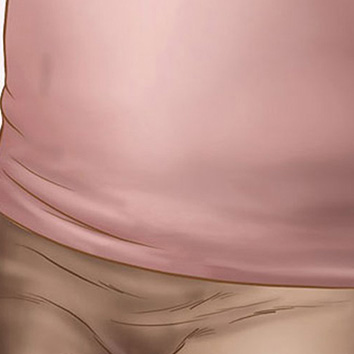 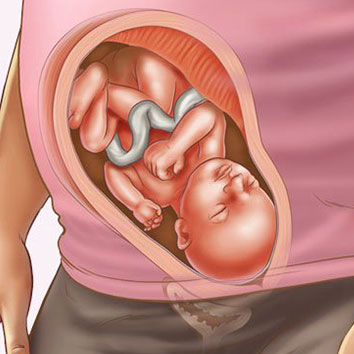 Are you planning to host a baby shower? Let us get you equipped with tips to roll out a successful baby shower. Be considerate Every expectant mother perceives her baby shower differently. Some like to be surprised, some may have a clear idea of...

What to expect during the 3 stages of pregnancy.

We are all aware of the 3 pregnancy stages. Namely the 1st trimester, 2nd trimester and the 3rd trimester. Your body and your little one’s body go through different changes at every pregnancy stage. Knowing what symptoms are common during each...

You have successfully reached the official half-way mark in your pregnancy, as the average gestation period is of 40 weeks. However, it is normal to deliver the baby two weeks prior or later than 40 weeks. Your physical changes this week ...

Embryo transfer is the next step in the IVF or ART, Assisted Reproductive Technology, process. Generally, embryo transfer is done 48 hours after the egg has been fertilised by the sperm. At this point, cell division is...

How to effectively deal with childbirth pains.

One of the most daunting aspects of pregnancy is the looming fear of delivery. What will it feel like? How painful is labour? How painful is childbirth? Is it really going to be how it is in the movies? Of course, some pain is inevitable and will...

You may find that you need extra help and support after the birth of your baby. It helps if you know what to expect - and where to find the information you need. Here’s a lowdown on everything you need to know about Postnatal Health...

Symptoms and treatment for postnatal depression.

Some common causes of unhappiness and depression in mothers: The overwhelming responsibility of being a mother...